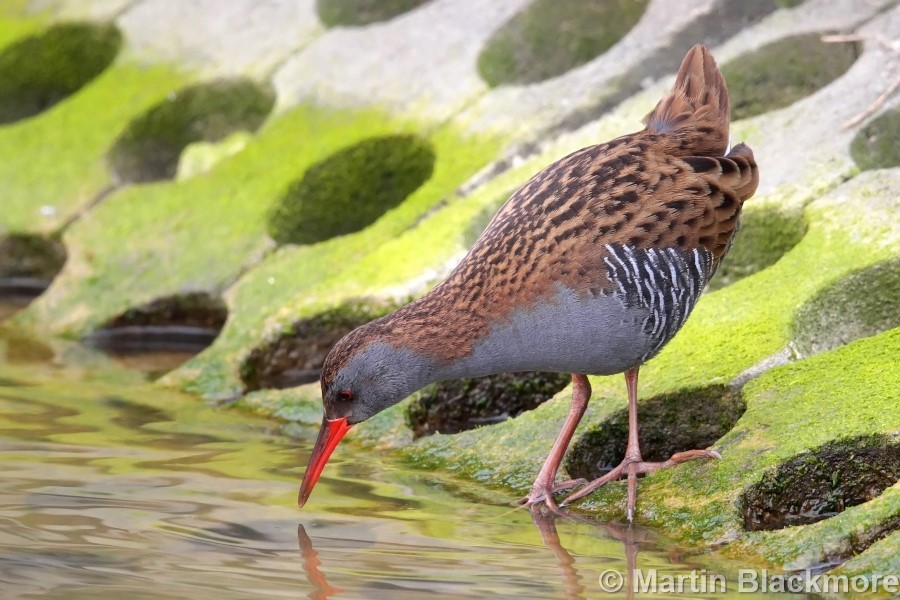 Water Rails have been resident at Hersey in a number of different locations on the lagoons but early in 2015 one was spotted around the outlet pool near the entrance to the reserve.  Although normally quite a shy bird this one was often seen out in the open feeding around the pool.  It would run back into the reeds if it saw people approaching but if you kept still for long enough it would come out and feed quite happily. 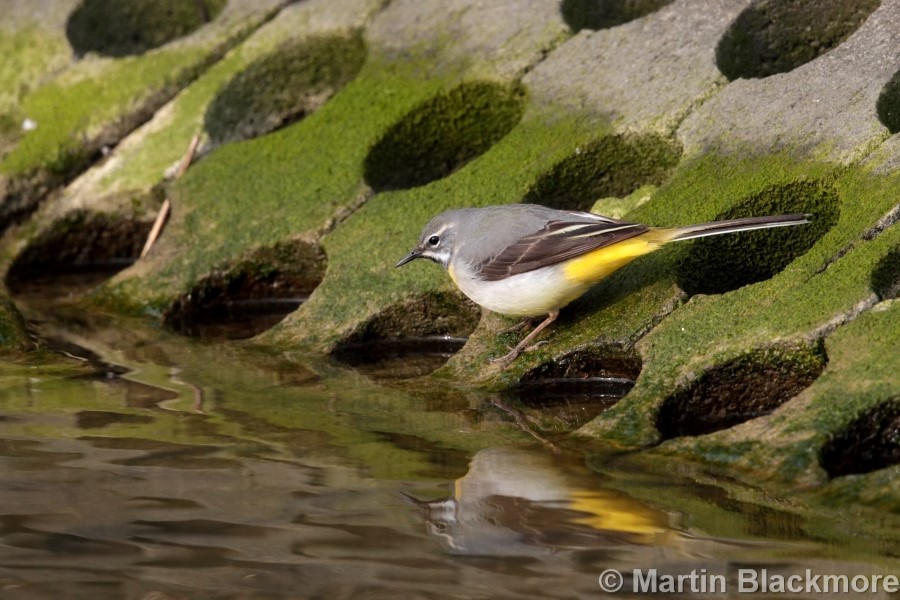 Whilst watching the Water Rail this Grey Wagtail paid a brief visit to the same watering hole near the entrance to the reserve.  It had a quick drink and then flew off to the east.