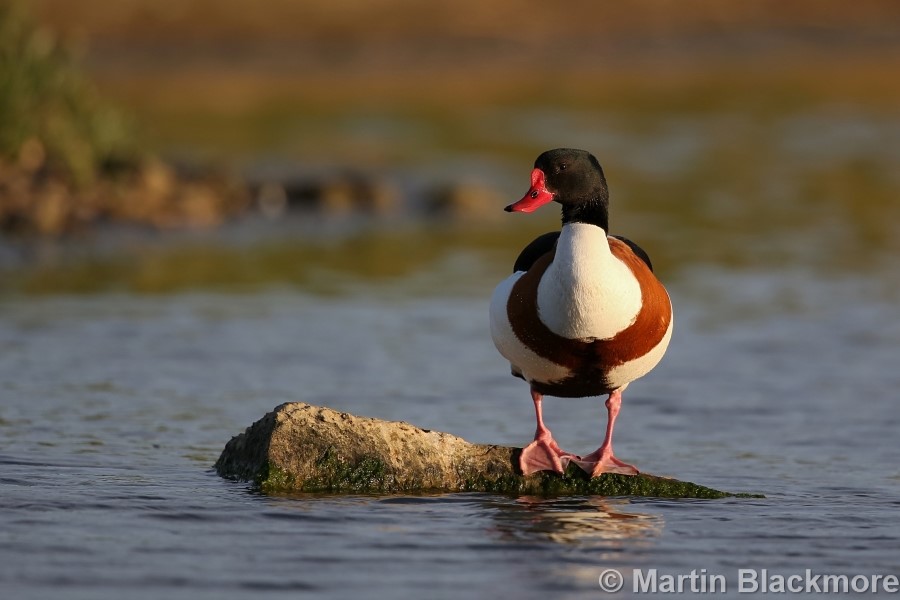 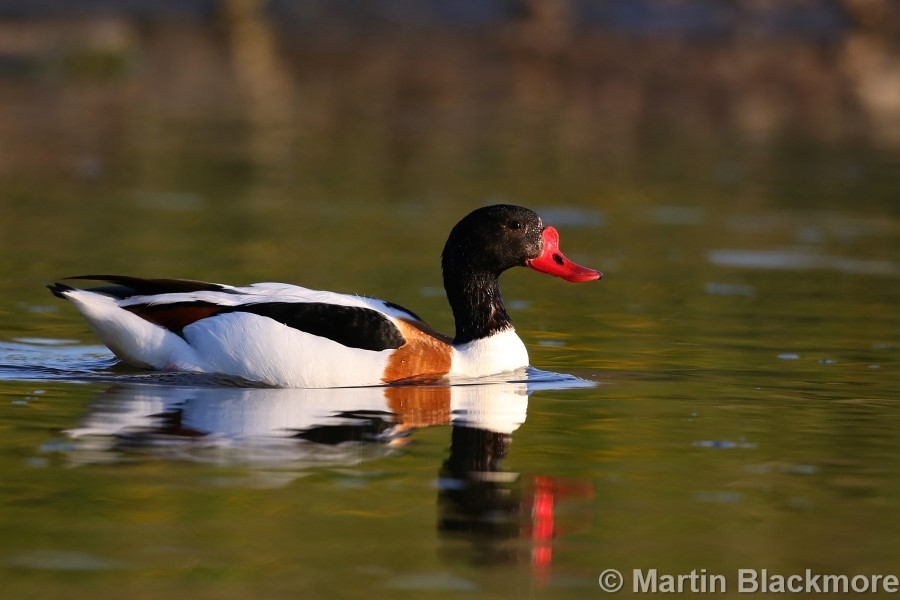 During late May and early June this Shelduck was seen patrolling a large area around the ford in front of the Bird Hide.  It was very aggressive, chasing off any other ducks that ventured into the vicinity. 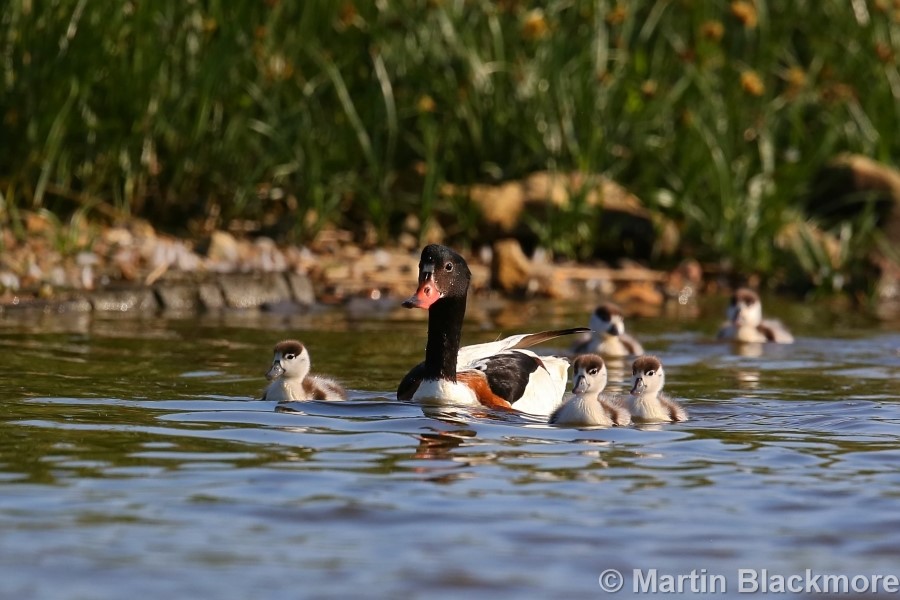 There were seven ducklings in total but it was impossible to capture them all in the same shot on this occasion.  I had better luck getting a shot of the whole family on the following day but was forced to shoot into the light. 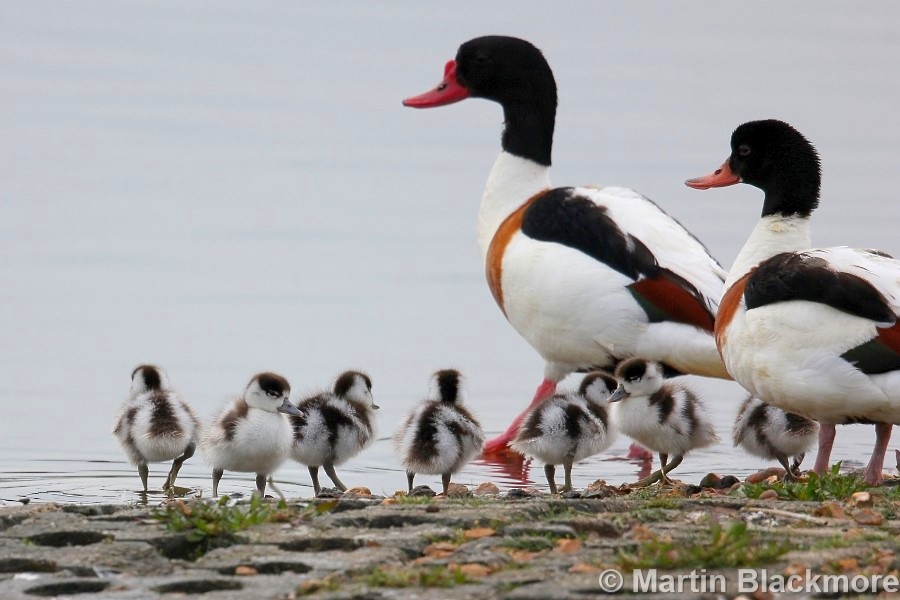 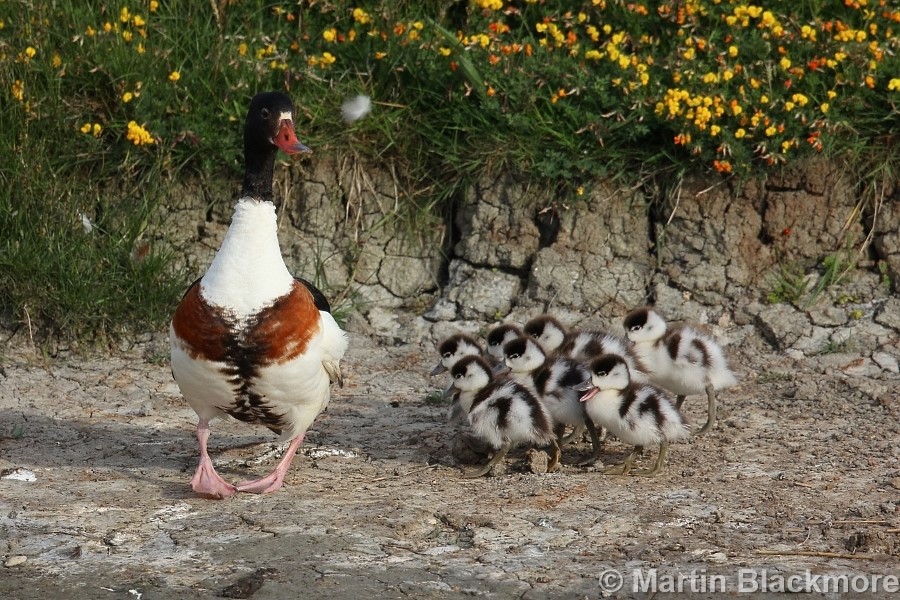 A couple of days later the female had gathered all seven ducklings together on the bank of the east lagoon where it was possible to photograph them from the hide in reasonable light. 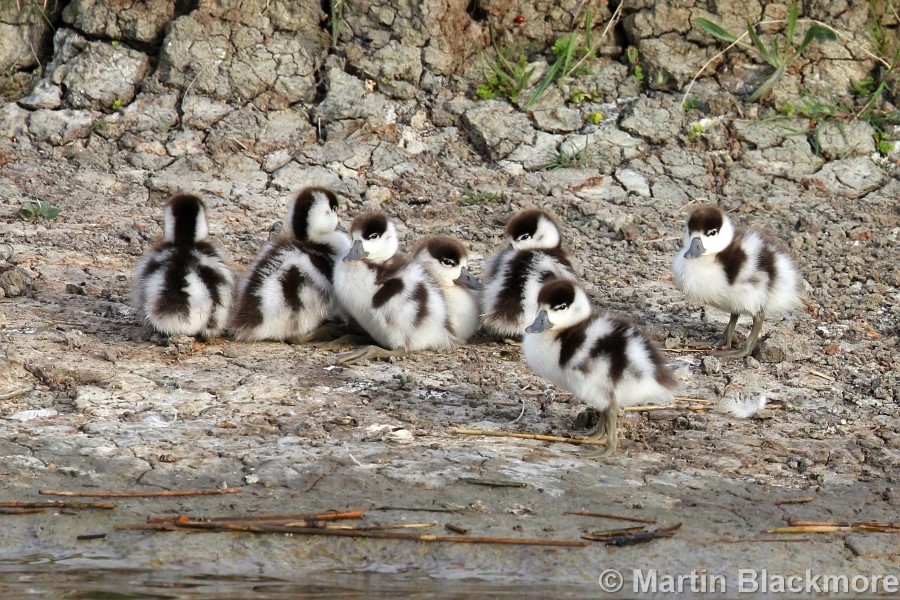 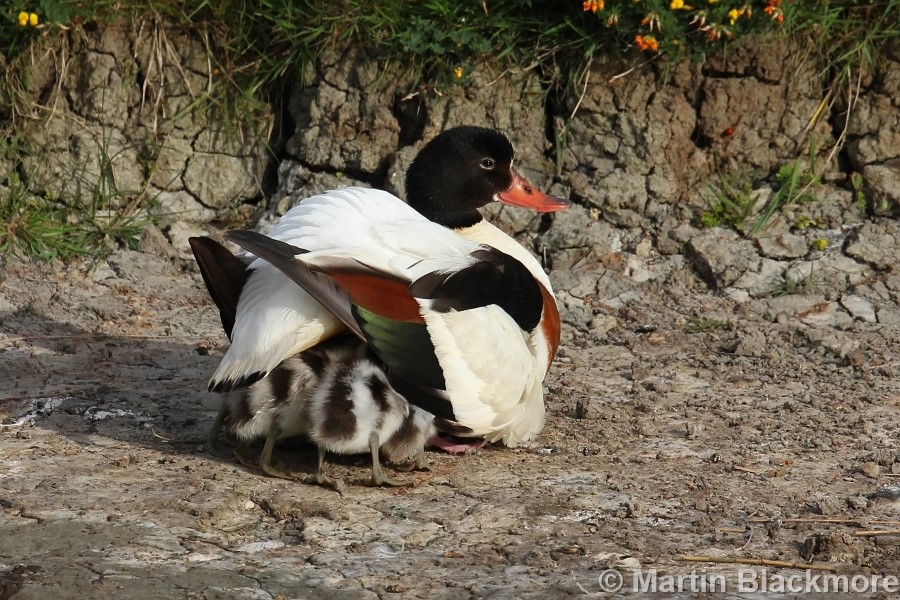 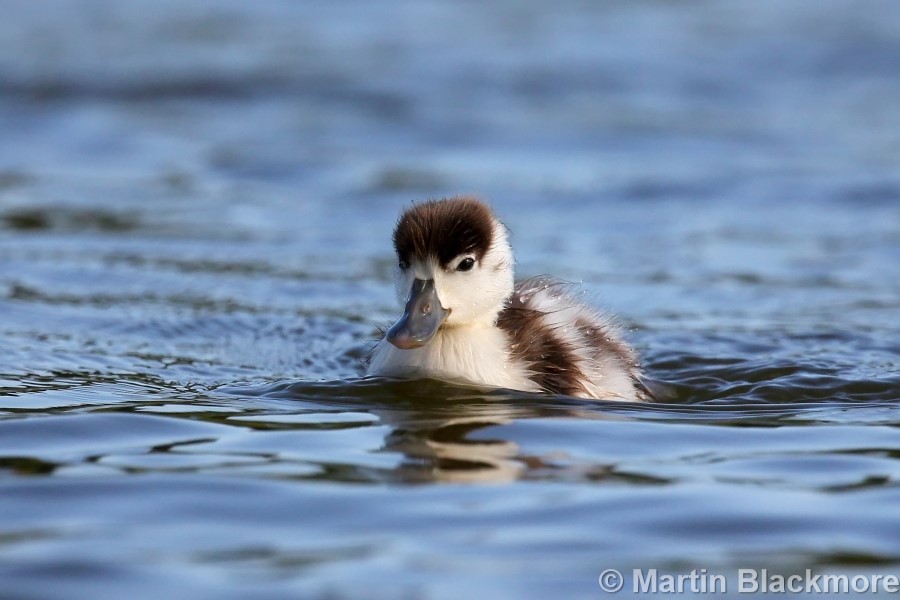 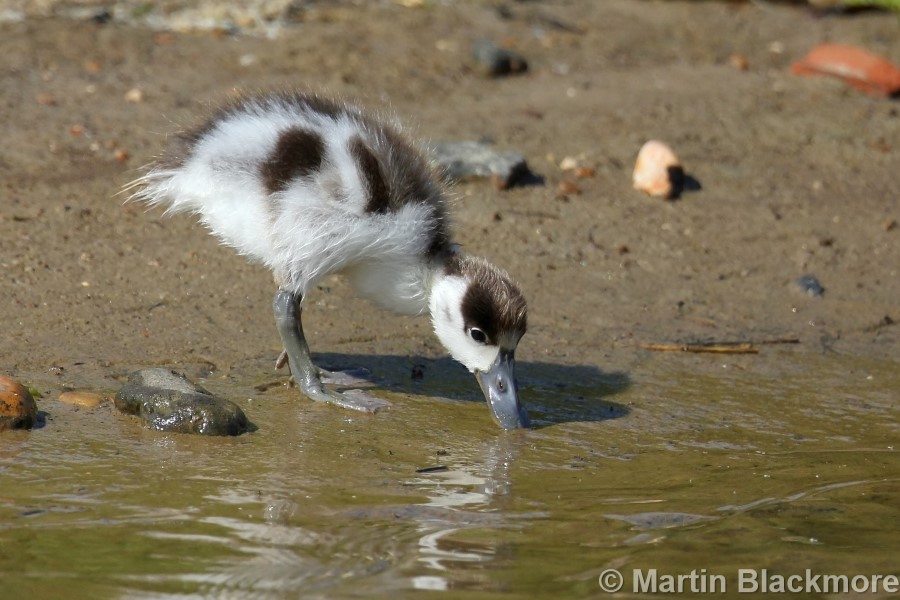 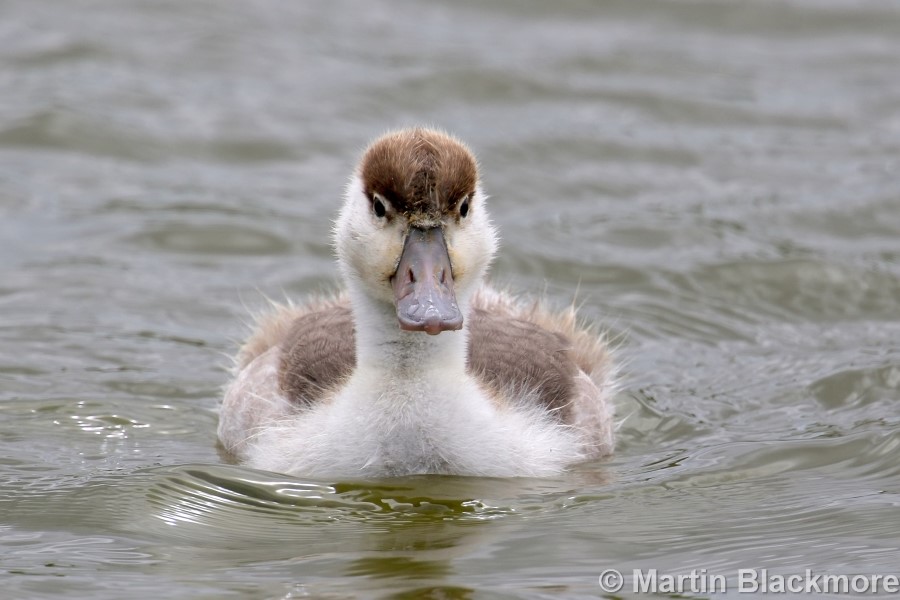 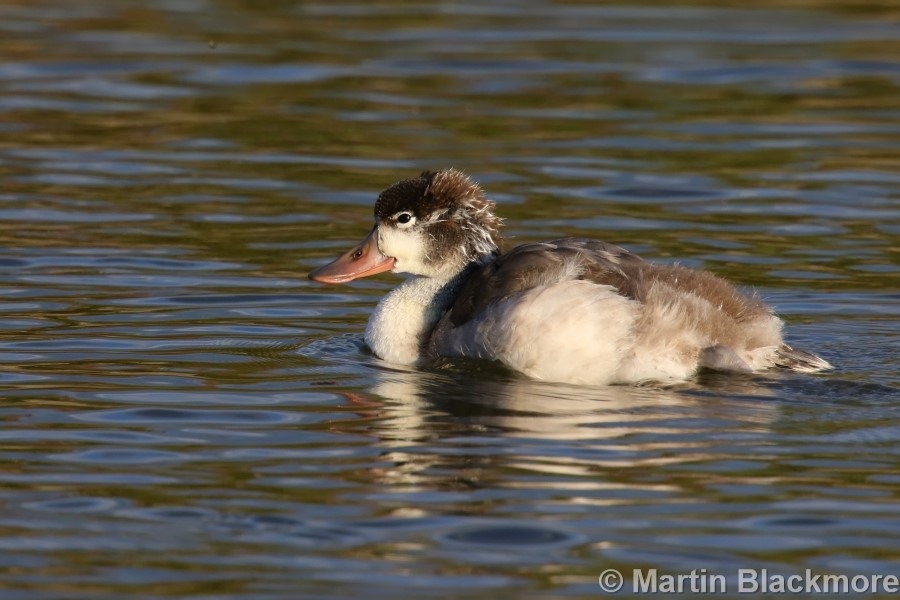 Five weeks after the first sighting there were only two of the original seven ducklings remaining but they were thriving and starting to take on more of the appearance of the adult birds. 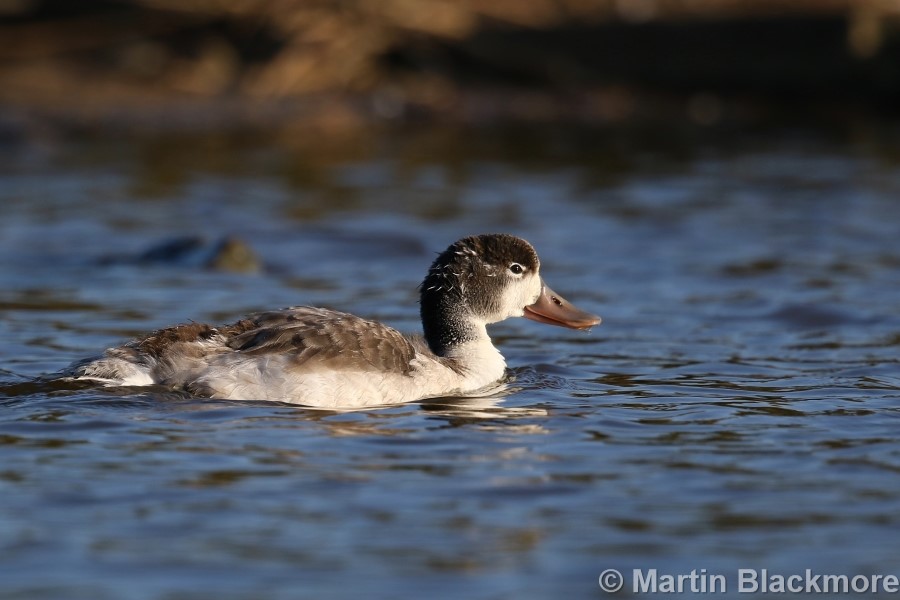 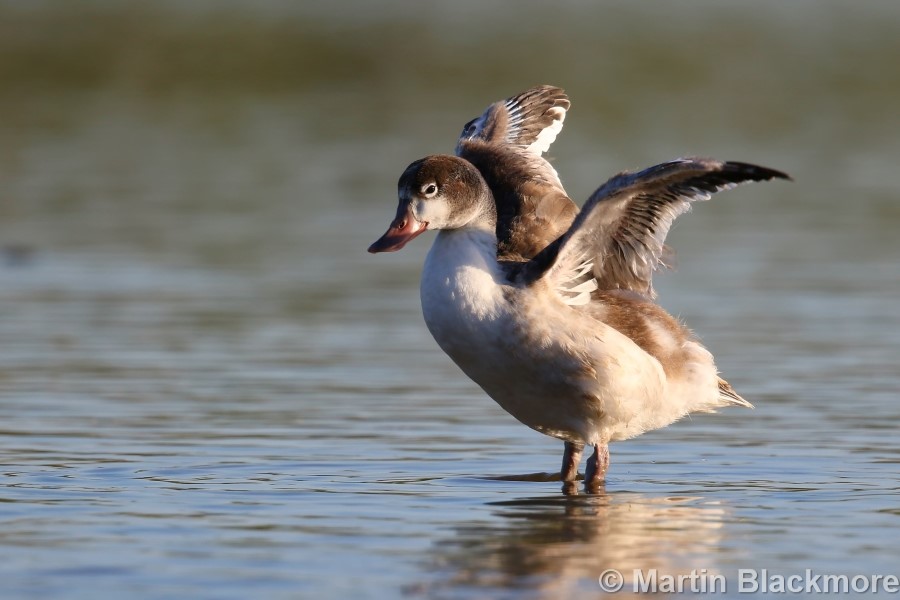 Six weeks after the original sighting the young birds were trying out their new wings and soon attempting flight. 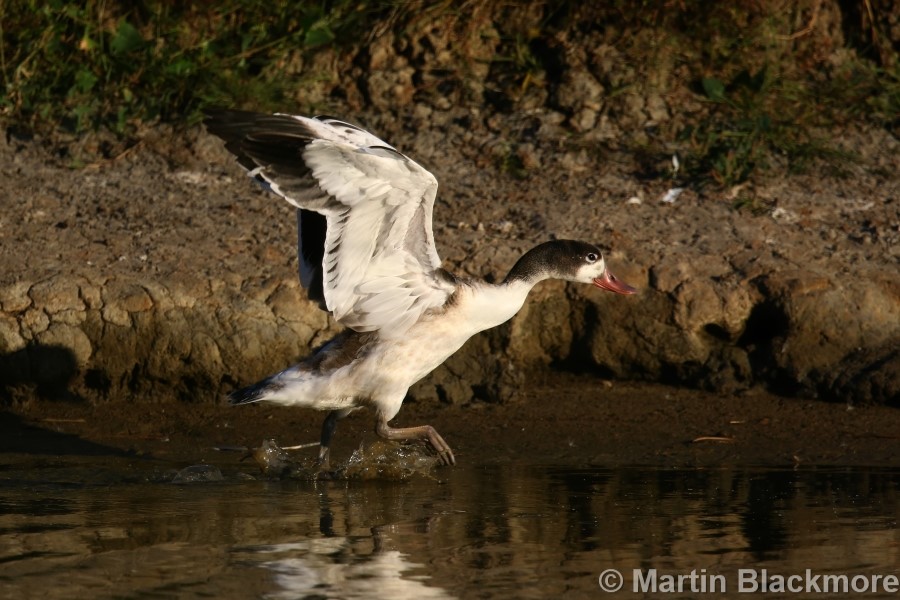 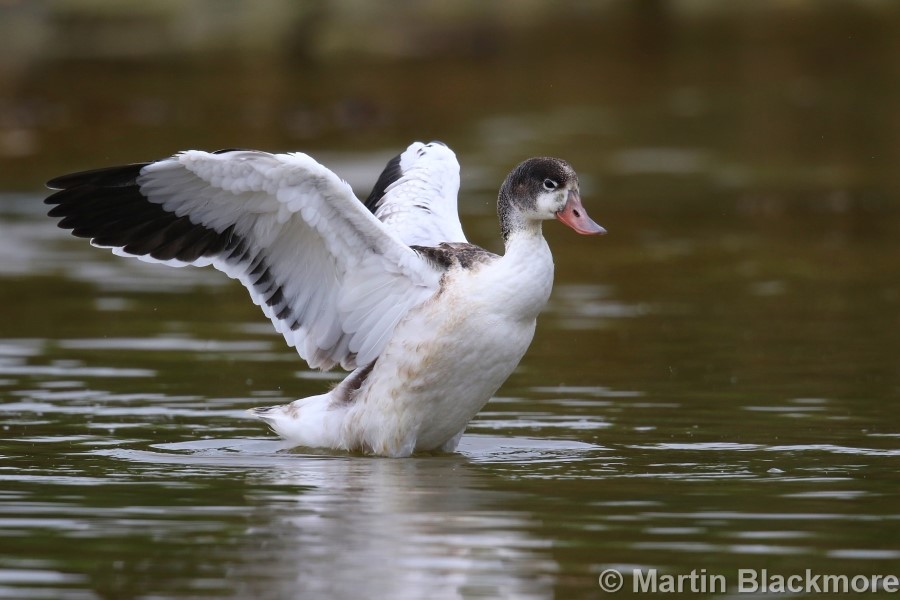 After seven weeks both of the two surviving youngsters were flying around the reserve. 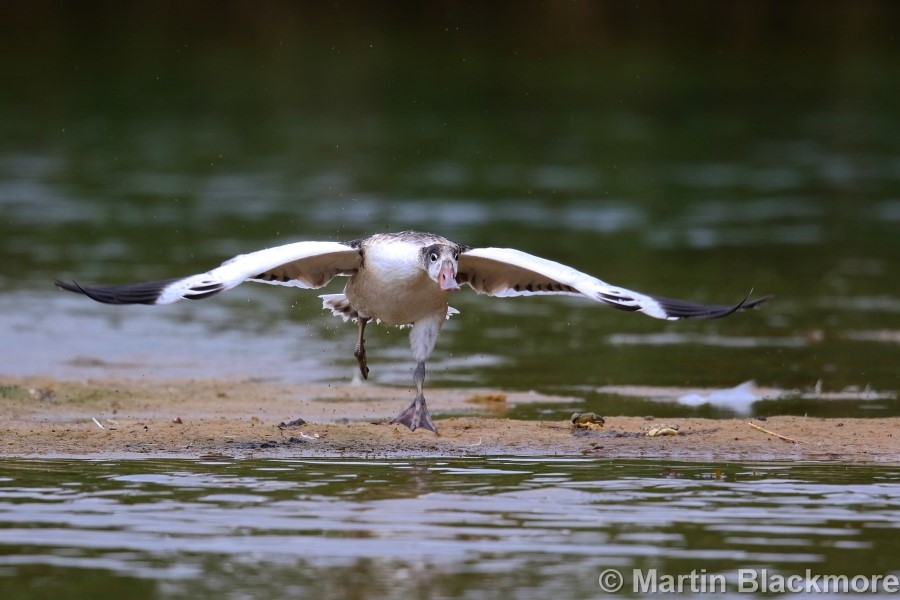